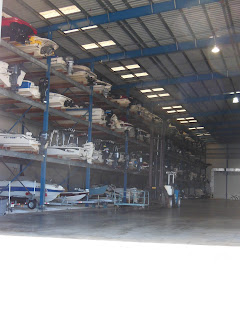 Departed the Palm Cove Marina and back on Pablo Creek north for Jacksonville downtown and up the St Johns River.  We joined the St Johns not and took a left turn to downtown and the many bridges before turning south to go 'up the river' as the St Johns is one of those rivers that runs North and not South.  We quickly found a change of pace from the relatively quite ICW to the bustling commercial maritime traffic on the St Johns.  We could feel the change in current as the Spirit Journey was pushed and pulled by the larger currents in the river and the numerous side channels used by military and commercial traffic.  (I was impressed with the boat house at Palm Cove Marina so had to get a picture) 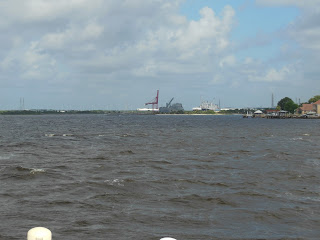 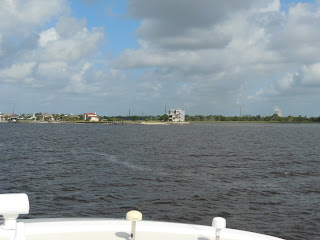 Fortunately we began to enjoy cooler temperatures as a cooler front moved thru the area... unfortunately this also ment a very noticeable change in wind conditions.  Our wind meter in the helm began to alarm constantly as the wind picked up to 30 mph and we couldn't figure out how to change the setting on the gauge or shut the blasted thing off for a bit.  Downtown Jacksonville has one of those train bridges that lifts some 10 minutes before a train comes through... lucky us, we got there as the bridge closed, now caught between a highway bridge and the RR bridge in nice wind in the heart of downtown Jacksonville.  The river ferry decided that we should be treated as a normal fixture and easily moved around us....  well, the train came eventually and left... and the bridge stayed down... nothing in the chart books suggested that a bridge attendant was available so we just 'waited patiently' and practiced driving and backing the boat... we need the practice.  After 20 minutes or so (we had now been here for over 40 minutes) we decided to call the highway bridge office and see if there was something we were missing... .sure enough, he suggested we call the rail road bridge operator... who uses the same channel 9 as the highway operator but I guess the RR operator won't answer unless he is specifically invited.... anyway, the short is he would be glad to open the RR bridge after the next northbound train passes which will be within the next 10 minutes... which turned out to be 15 minutes and well, we finally got thru the RR bridge over an hour after we first presented outselves.... the two things that we constants was the closed bridge and the steady wind... 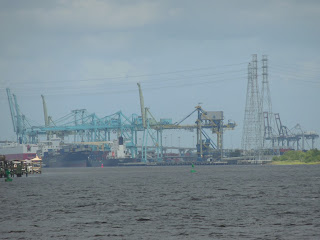 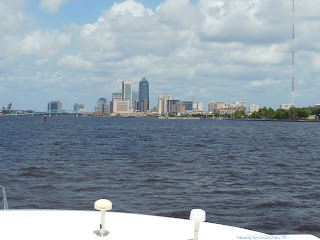 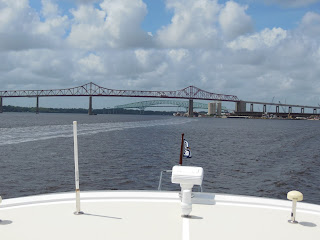 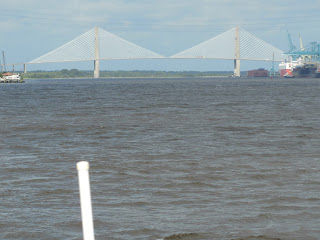 Tugs and barges 'roll' through this city... this huge barge had at least 5 big tugs pushing and pulling as it rolled at least 20 mph through the river.  The barge swung sideways such that it almost blocked over half of the river... glad we were on the short side of this one! 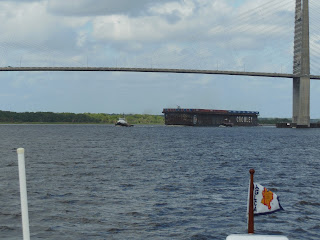 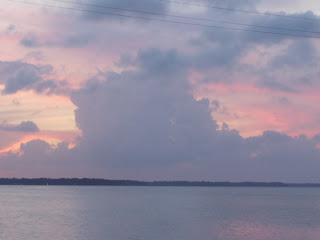 Once through the city center we proceeded to travel south for another 40 miles.  The wind for the balance of the day down the river (which is really a lake at this point) was in the 25 to 30 mile an hour range which made for some nice wind waves that gave us a chance to use the windshield wipers and their auto spray system.... luckily for us!  With an advancing thunderstorm chasing us we found a nice recommended anchorage on the east side of the lake (the wind was from the east) which was skinny getting into.  Once in we found the promised 7 to 10 foot deep creek which provided us good anchorage for the evening.  Next morning we found ourselves on the mud and had to wiggle a bit to get off the mud bar... oh well, we had a nice anchorage to ourselves for the night and found that wind can move water around a bit! 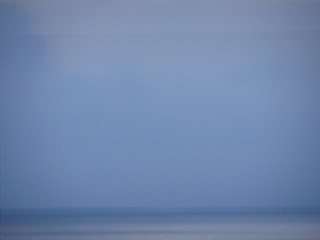 Our anchorage on Deep Creek was nice and quite as the evening came on....﻿ 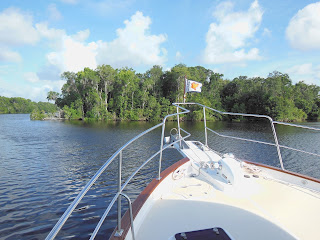