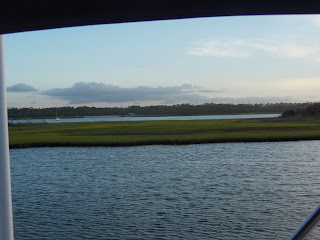 Leaving our anchorage early to avoid some predicted thunderstorms...we're headed to Beaufort, NC (pronounced "Bow-fort" as opposed to 'Beaufort, SC' pronounced as "Bew-fert'). 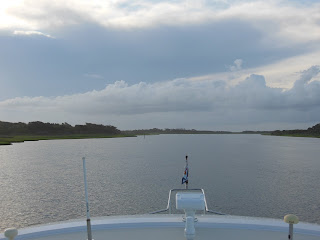 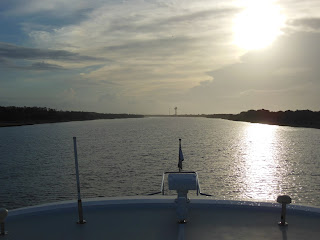 We did manage to miss most of the storms all along the way. 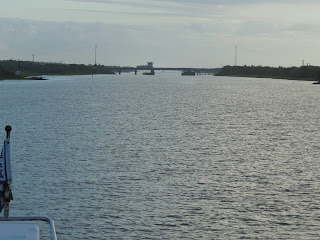 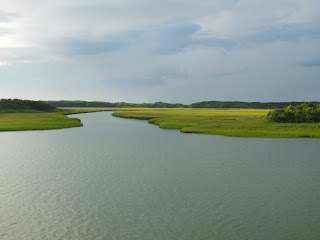 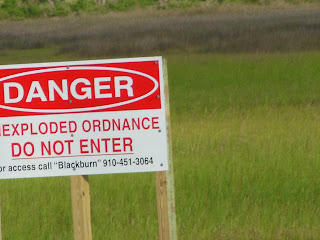 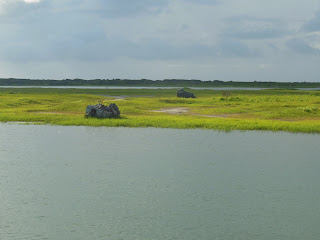 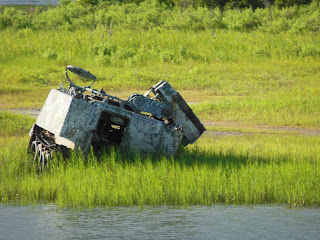 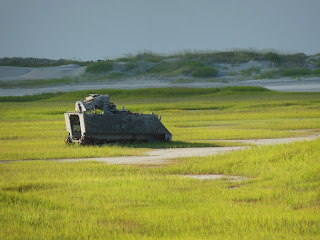 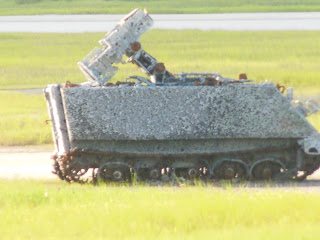 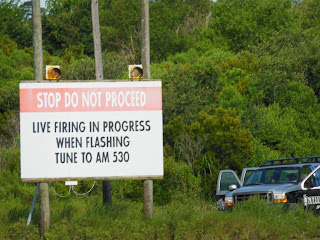 We passed through during a time when "live firing was not in progress" - obviously! 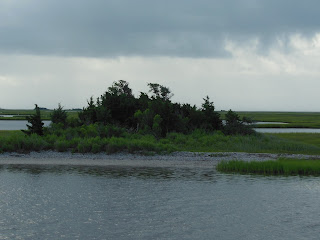 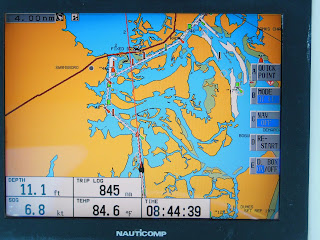 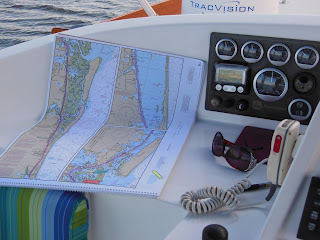 My navigator station on most days..sitting next to the captain. 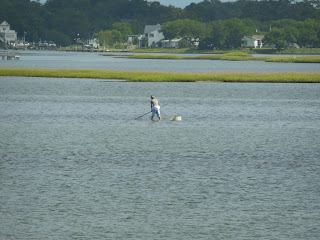 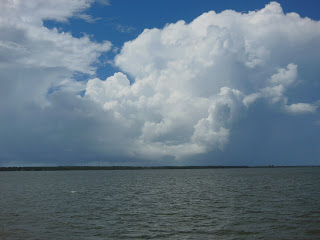 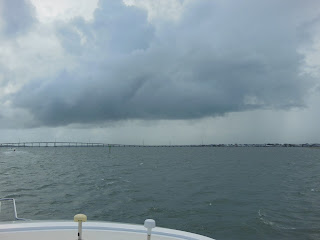 Approaching the bridge near Morehead City, across the Newport River from Beaufort. 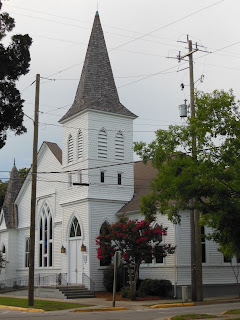 A walk after a wonderful dinner this evening (at The Grocery Store - highly recommend; Ron had the grouper, and I had the filet mignon; both were excellent) in Beaufort; walked past this charming United Methodist Church on Ann Street, and the Old Burying Ground.  (The cemetery was closed, so we'll go back another day while in town.) 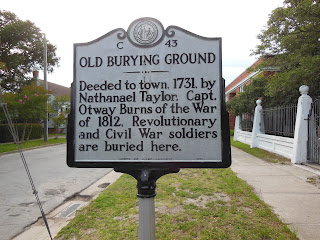 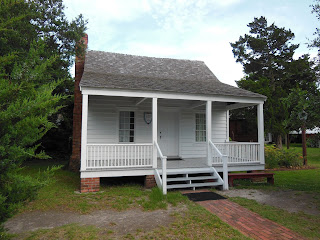 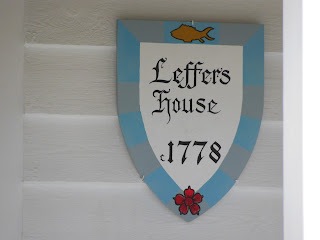 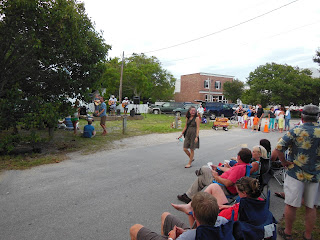 Guitar strummin' on the street behind the main street - a little bit country, a little bit blues, by four talented guitarists/vocalists. 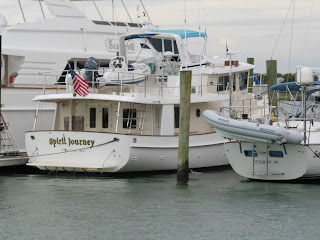 Captain Ron brought her nose first into the slip - his first time into a slip and it was an excellent job!  Thanks too, to the Beaufort City Dock crew for their help! 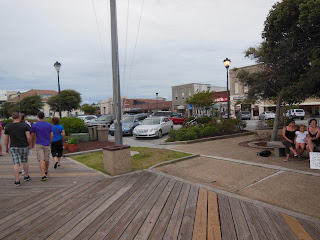 Downtown boardwalk aside the Beaufort City Docks.
Posted by Spirit at 1:04 PM