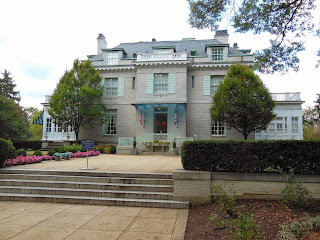 We are touring the impressive U.S. Naval Academy today.  This home is the residence of the Academy's Superintendent (i.e., "President), and the first floor is used entirely for entertaining.  It's architecture has a French influence as the original architect, Mr. Flagg, studied in France and designed several of the campus' buildings with a touch of design similar to the palace at Versailles. 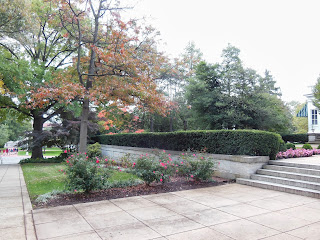 
The front entrance to the Academy's Chapel - unfortunately, it was closed today to prepare for a concert, so we missed seeing the inside.  It seats over 2,000 persons, and contains the crypt of John Paul Jones. 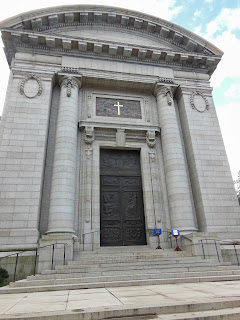 More campus scenes - the monument gets "greased" each year, and each Plebe (i.e., Freshman), must figure out a way to get to the top to retrieve a cup placed on the pinnacle - "a rite of passage" tradition. 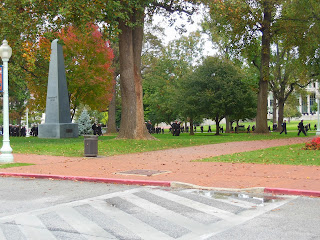 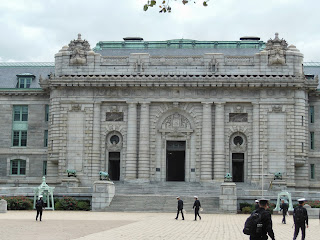 A side view of Bancroft Hall - it is one big "dorm" with over 5 miles of hallways.  The entire student body is housed within this complex, and this building also houses their dining hall.  Everyone eats each meal at the same time (family style).  Prior to entering the hall for meals, the "Mids" line-up in formation outside, weather permitting, and march in to the hall to a drumbeat and music provided by the band.  We were pleased to watch the lunchtime formation and then proceed into the central portion of the building only - known as Memorial Hall. 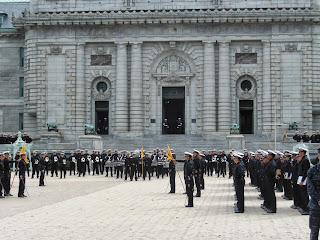 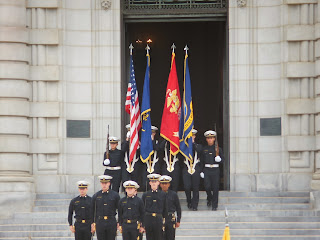 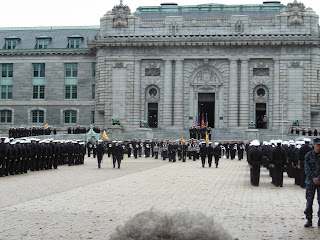 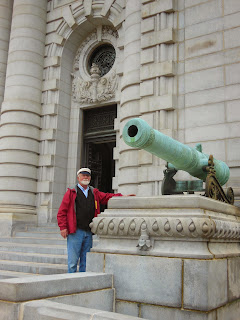 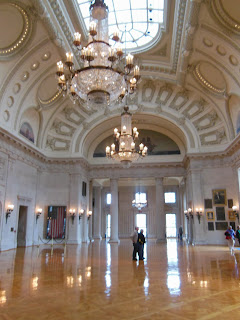 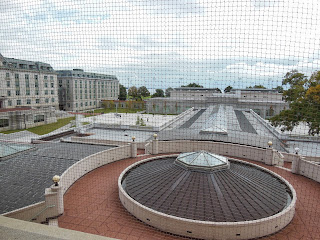 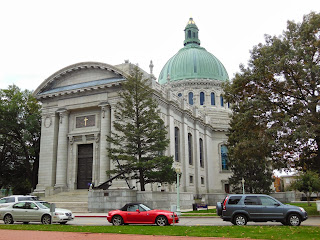 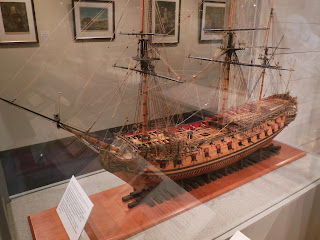 After lunch at the Academy Club, we toured the Academy's Naval Museum.  Again, the artifacts and displays were most impressive. 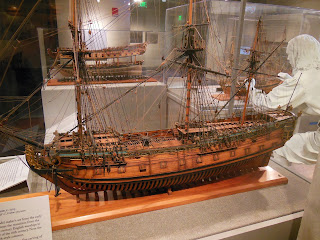 Beautiful scale models of naval ships.  One interesting fact I did not know:  Mids were required to learn every single name and use of each rope on the earlier ships, (numerous ropes as shown on these replicas) - and that is where the term "learning the ropes" originated. 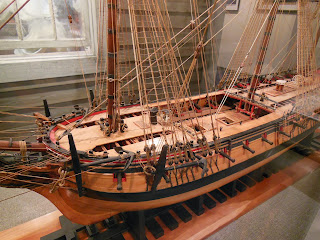 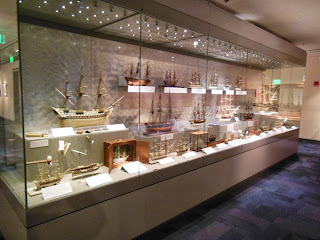 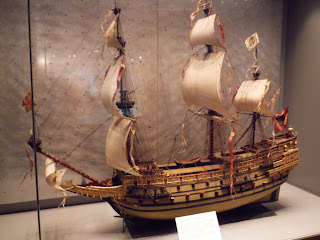 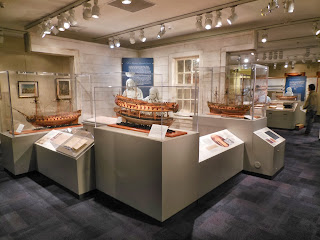 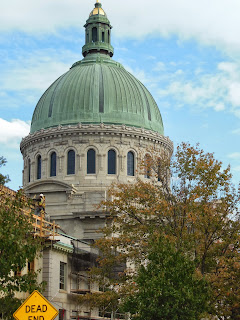 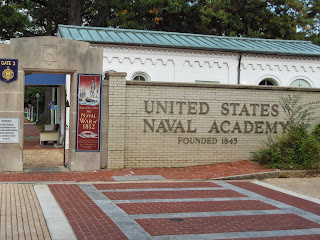 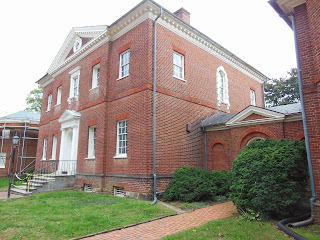 The Hammond-Harwood House in Annapolis. 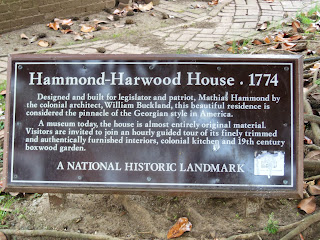 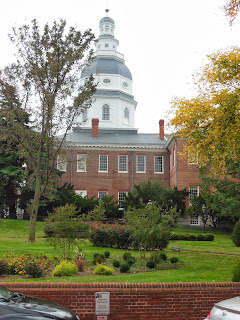 Maryland's State Capitol Building in the middle of one of two 'circles' in town.  There are additional buildings used by legislature and staff, and all are connected by underground hallways. 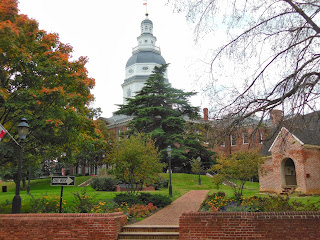 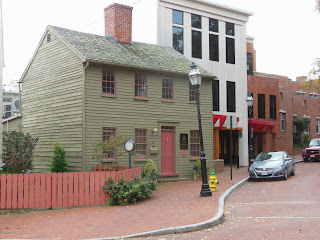 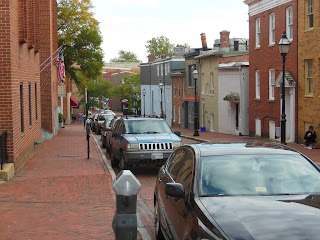 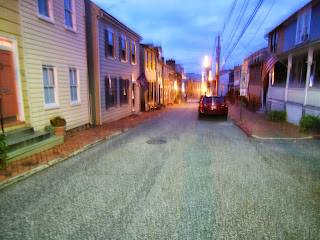 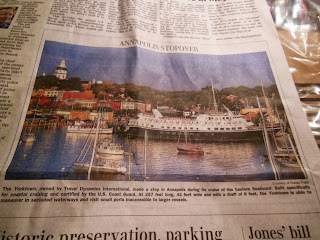 We met new Krogen friends, Will and Sue, who reside in Annapolis, for dinner this evening.  They were kind enough to bring a local newspaper photo that was recently published promoting the big blue and white ship, a cruise ship, The Yorktown.  But...in the foreground you can see (the much smaller, but more beautiful) Spirit Journey on our harbor mooring ball!!!