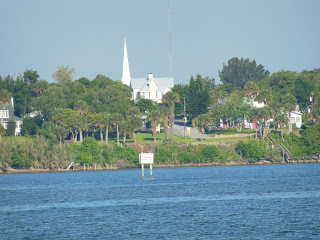 Early departure from Vero Beach past Cape Canaveral – we weren’t in the right place at the right time to benefit from seeing a rocket launch.  Bummer, however, we did hear the Coast Guard announcement regarding the planned firing of some 4 rockets about a dozen times.  The announcements sounded ominous given the heavy fines and imprisonment if a boater was caught in the 'restricted' zone and we somehow refused to take the time to figure it all out.  We thought better of that decision about 9 am when we looked around and we were the ONLY boat out.... fortunately others joined us soon after and no one was ever arrested that we could see!

We did not see a lot of boats out today until we reached the New Smyrna Beach area.  HOWEVER, we did get to make our 'first official pass' today when we were able to pass two sailboats !!! 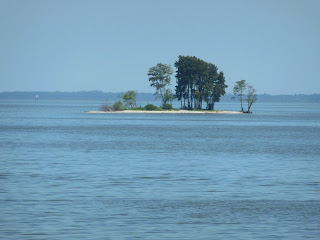 But, we did see several manatees resting and swimming today, as well as numerous dolphins jumping and playing everywhere! 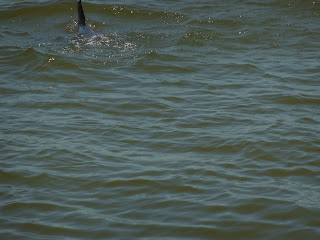 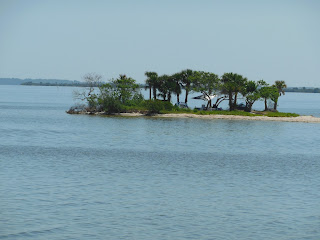 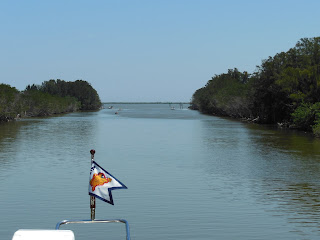 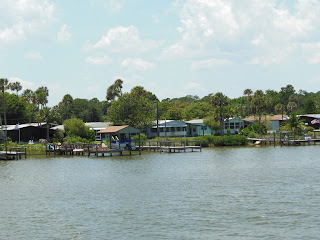 Many nice older developments like this all along the ICW in this part of the state.  Most had private docks and all the yards and property were clean and well groomed. 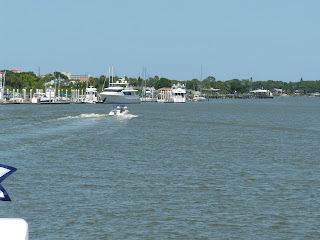 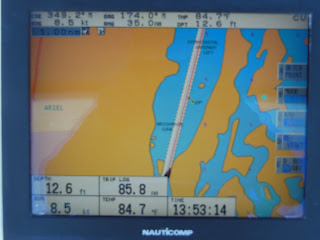 Our chart plotter looks like this a lot today... 12.6 feet of water  and nice straight runs. 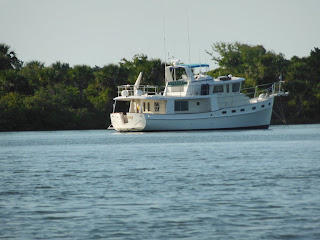 A full moon tonight while anchored in Rockhouse Creek north of New Smyrna Beach.  Ron did a little fishin’ today after anchoring (which proceeded a bit better today), and caught a flounder that he threw back
YeM 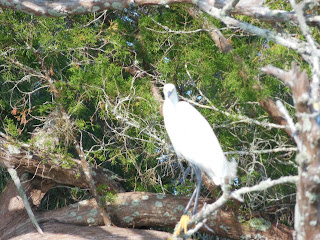 More of our favorite birds... one island had hundreds of these covering the entire island.... must have been a real convention going on!