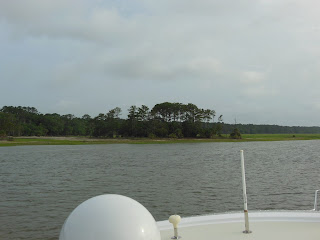 Given high winds and thunderstorms Sunday evening we had an unexpected ‘smooth’ up-anchoring in mild winds around 7:30 am from Duplin River.  An early start got us progressing northward toward the Isle of Hope Marina on the south side of Savannah, GA.  Saw many more porpoises along the way today – they seem to “play” a bit more on the Georgia side of the border as compared to Florida… maybe they do like cooler weather too !!  J.   We also saw our first sea otter along the way and more of the Georgia ‘swamps’. 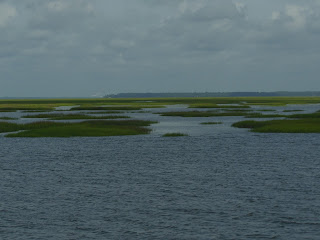 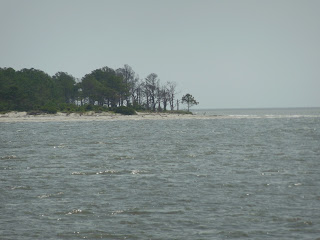 We saw many small islands that would be fun hang-outs for a day or weekend, most do not appear to ever be used. 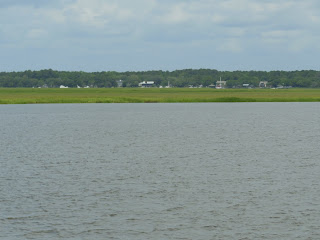 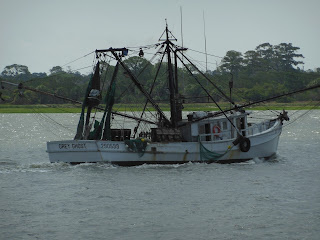 Many nice homes lined the ICW as we approached Savannah﻿ 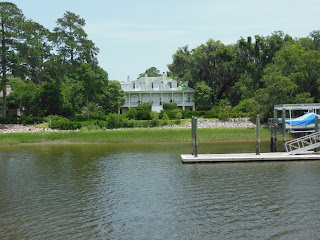 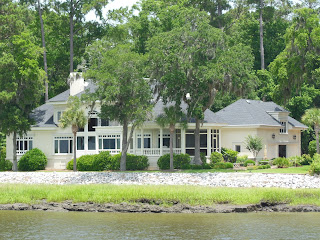 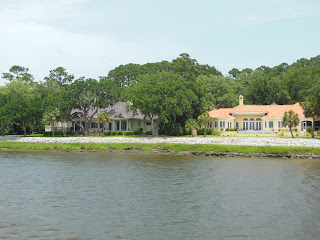 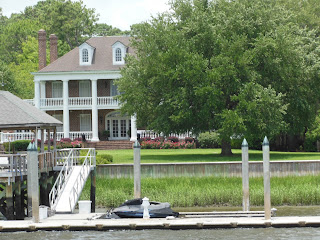 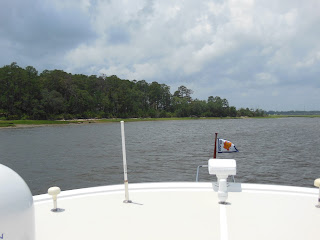 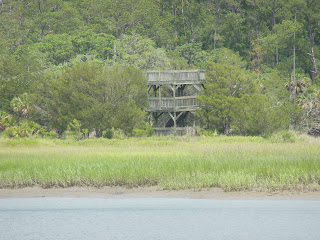 The Marina’s hospitality included complimentary use of a car, so we dashed off to Wal-Mart for some needed supplies, and a few groceries; then treated ourselves to dinner out during a drenching-thunder-and-lightening rainstorm.  The marina had recommended the Daybreak Café and Ron enjoyed a scallop and crab carbonerra, and Michele had a fish and chips – these entrees were followed by the café’s specialty appetizer of homemade chips with green onion, red and green pepper, blue cheese and sour cream.   (Yummy, and we don’t think there was any cholesterol there – we think.  LOL). 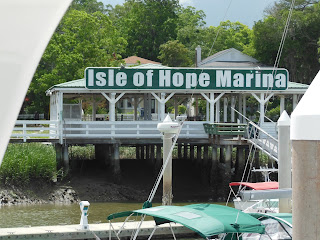 Tomorrow we’re off to the great state of South Carolina…  looking forward to crossing the Savannah River.  Just up from our crossing point is the City of Savannah, birth home to Ron’s daughter Rosanne. 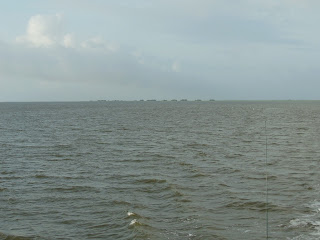