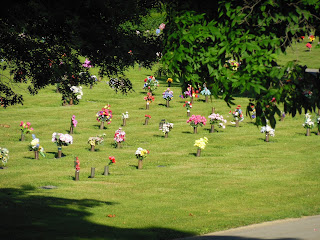 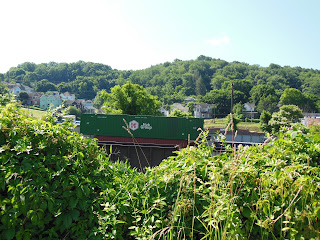 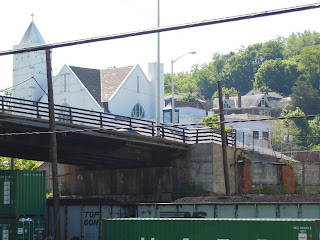 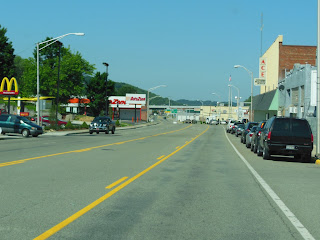 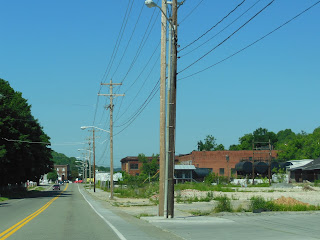 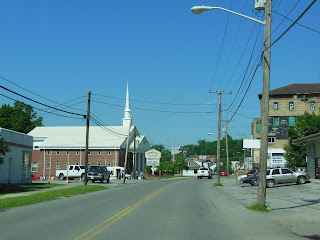 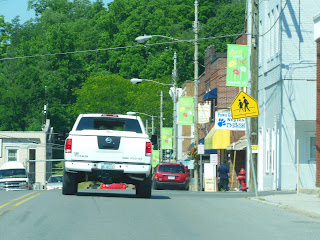 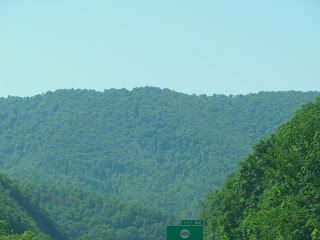 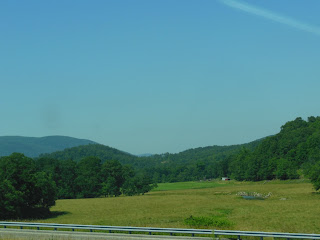 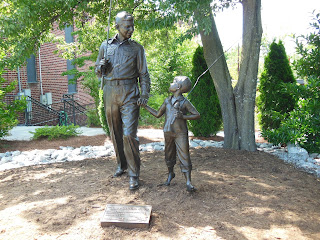 One of Michele's favorite TV shows was the Andy Griffith Show...still in love with Opie! 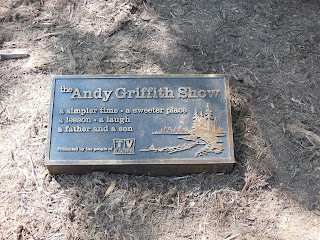 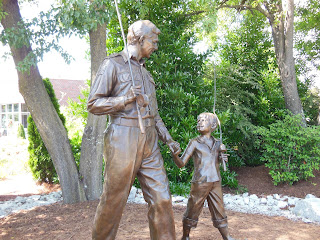 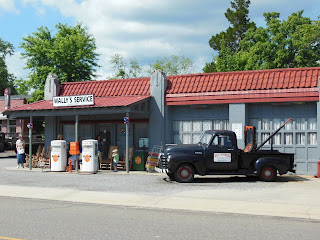 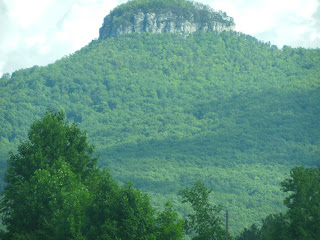 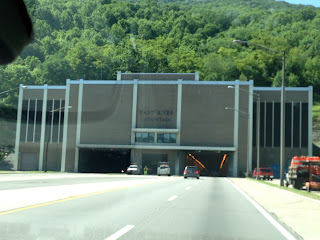 Going through a mountain tunnel... 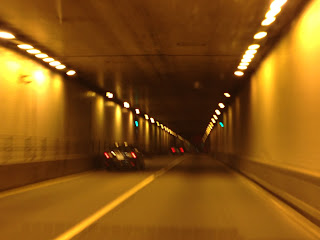 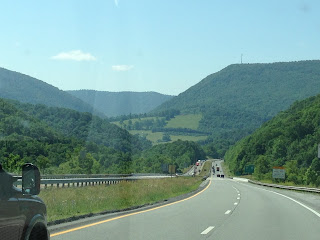 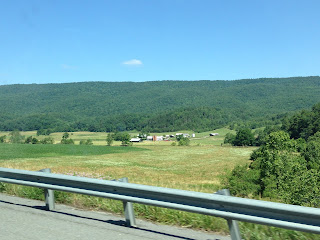 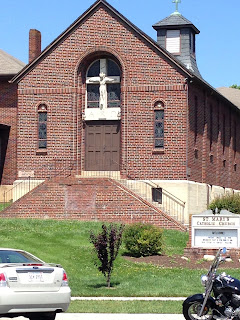 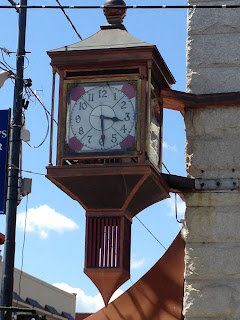 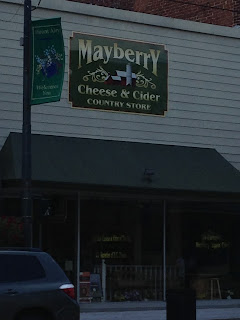 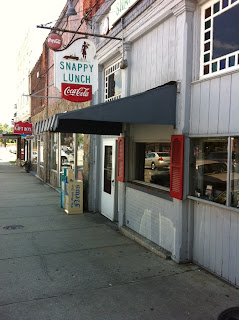 Mayberry's "diner" - but we were bummed because it was closed that day.
The annual Woodcraft conference and Vendor Trade Show were enjoyable as usual, and we were delighted to see friends and colleagues.  We were also thrilled to see Seattle-based young entrepreneurs (i.e., teenagers) Paul and Valerie Carter, of Carter and Son Toolworks, debut at one of the trade show booth's promoting Paul's new turning tools!  Oh, and as has been an annual conference event - Ron got a good case of the gout - this time in his right knee!  (All has subsided by now...)
After leaving the Ohio festivities, and with a couple of Columbus-based quilt shop stops under our belts, we journeyed south and stopped at "Tamarack" - West Virginia's showcase visitor center featuring products by WV's talented citizens; I thoroughly enjoyed the quilts and Ron was enamored with all the wood products!  We ate a tasty dinner at Tamarack - the food service is staffed and run by "The Greenbrier" - WV's famed and historic hotel.
We stayed overnight right on the WV & Virginia border, and the next morning, sought out the two blues:  Bluefield, WV and Bluefield, VA and their respective college campuses.  They are neighboring towns straddling the border - it appeared as if the towns had economies and histories from the coal industry and now have to 'reinvent' themselves due to hard times.
We then got off the beautiful interstate and checked out historic Wytheville, VA for another 'stretch our legs' stop, but of course a quilt shop was in the old downtown area and voila!  - their claim to fame is having the largest selection of batik fabrics east of the Mississippi!  Yes, another purchase to help another U.S. Small Business!  Ron did his part too - he visited the town's Farmer's Market, and visited with local police staff and some local vendors.