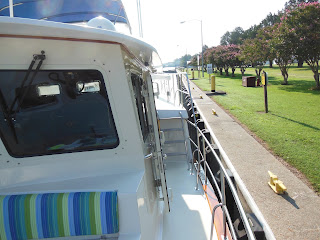 We departed the Atlantic Yacht Basin Marina, and continued to head north - less than a mile from the marina we ventured into our first ever lock!  The staff with the U.S. Army Corps of Engineers were terrific helping us with a 'how-to'...and it all went smoothly. 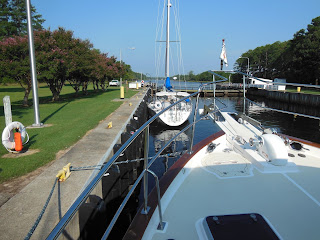 See the lock gates ahead of the sailboat? 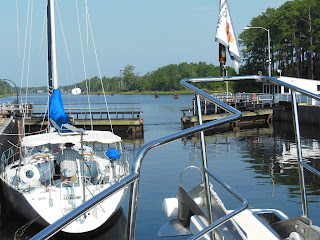 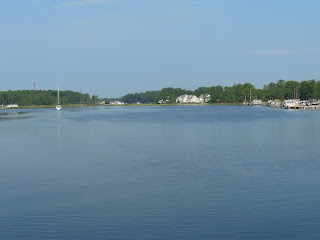 We made it 'out' and now it's smooth seas! 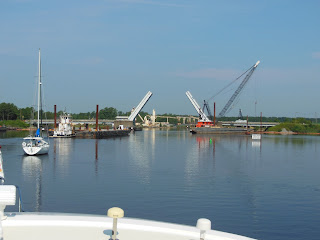 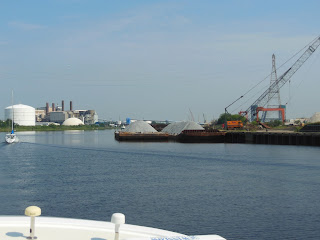 Starting to get into the heavier-commercial-traffic channels for the ports of Norfolk, Portsmouth and Newport News. 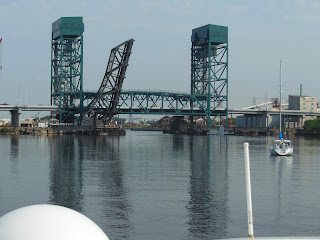 A railroad bridge and a 'lift' bridge. 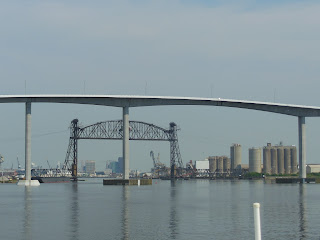 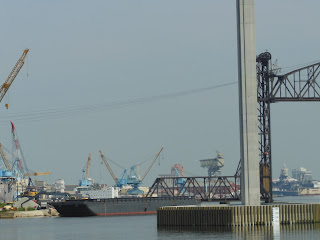 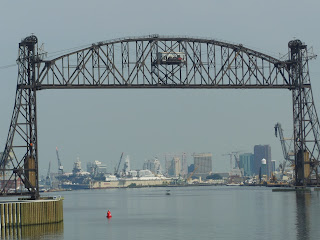 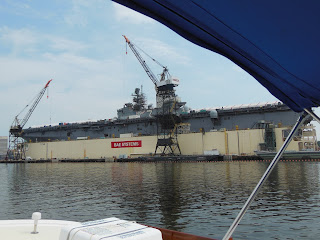 Spirit Journey passes by many of the U.S. Navy ships...some in dry-dock, some at the regular docks.  The ships are HUGE! 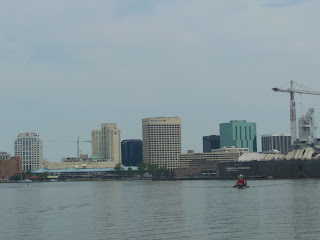 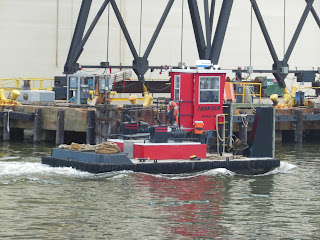 Isn't this the cutest little tug?  One of the smallest we've seen. 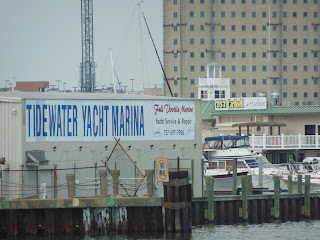 Oh my gosh...we're approaching the ICW's mile marker "0" by passing by the Tidewater Yacht Marina. 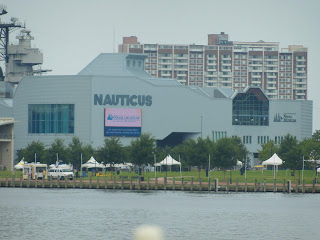 And, right near the Nauticus Museum that we so enjoyed. 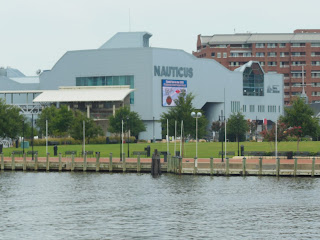 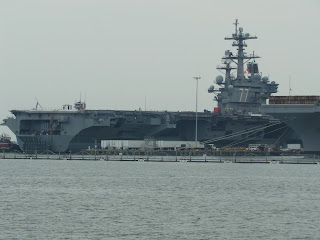 We thought we might be passing by this new Navy aircraft carrier - the George H. W. Bush.  But it docked prior to our arrival at the area where we thought we might pass.  The "77" is the newest carrier in the fleet and was built at a cost of $12 billion dollars! 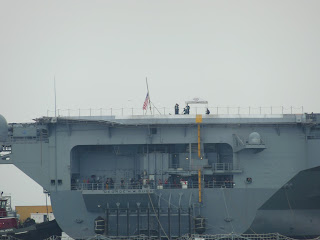 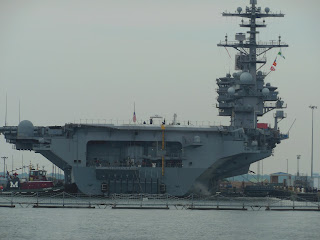 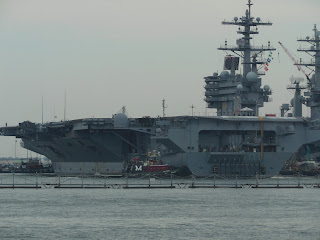 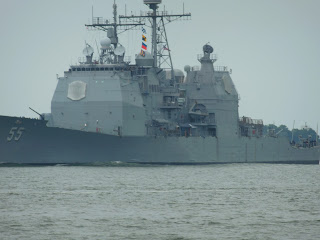 Another Navy ship we did pass port-to-port. 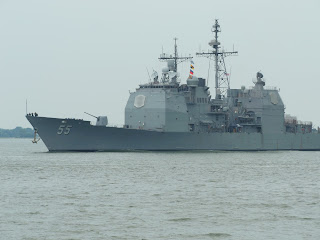 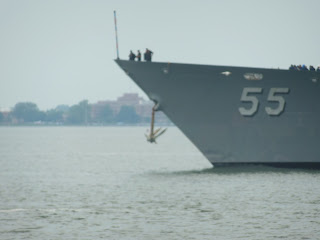 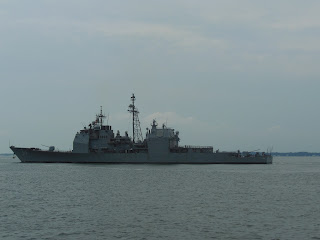 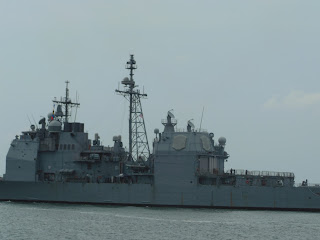 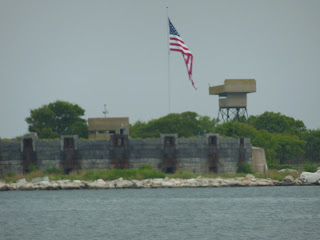 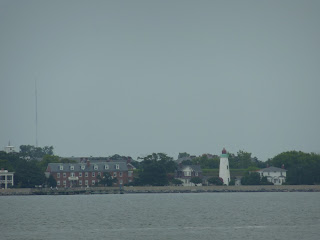 A lighthouse stands among other buildings at Ft. Monroe - across the channel from the old Ft. Wool. 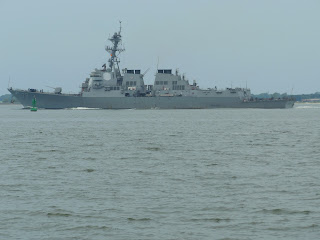 Thank you to all those who serve in the U.S. Navy! 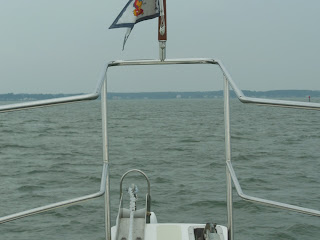 Officially into the Chesapeake Bay! 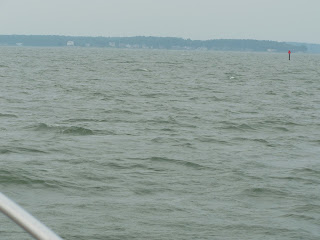 It was a little choppy today; we anchored tonight in Chisman Creek.