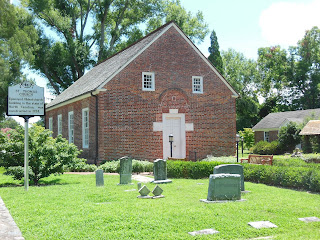 Bill played superb tour guide for us, and drove us around Elizabeth City, Washington, and Bath, NC.  Beautiful, historic towns that we enjoyed seeing!  Here's the oldest church in NC (in Bath). 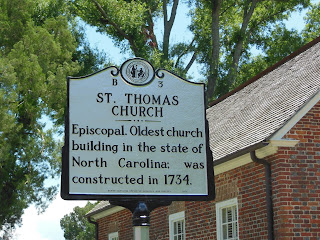 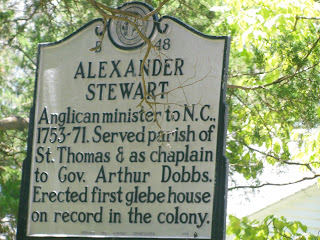 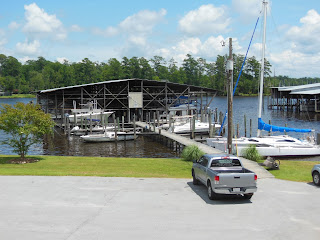 We visited the "Wandering Star", Bill and Heather's boat in a Washington, NC marina. 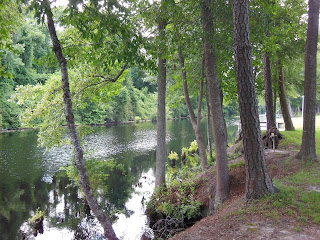 Bill drove us by "The Dismal Swamp", a waterway that's part of the ICW.  This 'canal' was dug almost completely by hand, beginning in 1793, and later, officially opened in 1805.  It's quite shallow, and we don't believe we'll be headed north using this particular route. 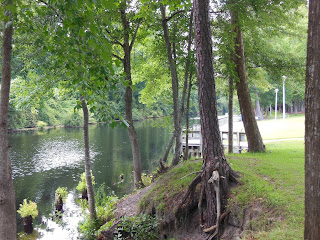 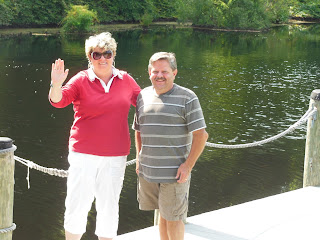 Good friend, Bill, and me, not being dismal, but standing near the Dismal Swamp. 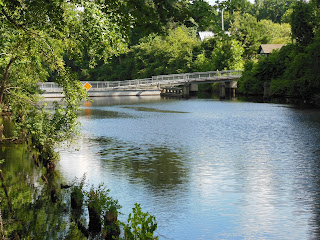